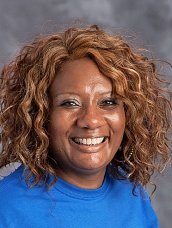 Director of Guidance
Symone Langston has been with the Columbia Public Schools since 1993. Her career began as a Home School Communicator at David H. Hickman High School (13 years) until she became a Guidance Counselor. After being a guidance counselor for one year, she was promoted to District Coordinator of the Minority Achievement Committee Scholars Program (MAC Scholars), an organization that she developed and started at Hickman High School. She oversaw nine MAC Scholar programs with a staff of 23 sponsors. After being the MAC Scholars Coordinator for 3 years, she returned to Hickman High School as a Professional School Counselor. Three years ago, she joined the staff of Frederick Douglass High School where she is the Director of Guidance/Professional School Counselor.

Symone is a 1992 graduate of the University of Missouri-Columbia with a degree in Women Studies, History with an African-American emphasis, and Human Development and Family Studies. She has a Masters of Education in Counseling from Stephens College.

She has one daughter, Mahogany Savoy Thomas—a sophomore at Westminster College and a 8-year-old son, Langston Isaiah Thomas, who is a 2nd grader. When she is not working, she enjoys garage sale shopping, movies, napping and being with her family and close friends. 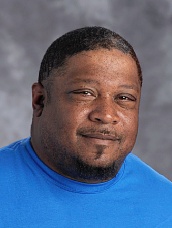