Jiya's sister, Aanya, a student at Paxton Keeley Elementary School came in second place.  Jiya snagged the win from Aanya after nearly an hour and a half of spelling.

The fourth annual Columbia Missourian Regional Spelling Bee was held on March 24 at the University of Missouri. Students from 25 schools completed an online test at the beginning of March. The 15 students with the highest scores competed in-person at the Bee, which was held in Smith Forum at the Reynolds Journalism Institute. 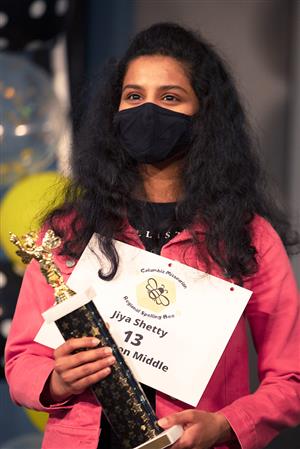