Though Ms. Trotter usually teaches French, she said she has enjoyed learning more about video games and coding and seeing her students succeed at storytelling and game creation.

Students initially created a maze game and had to code their characters to move through the maze. One student created a knight who encounters an ogre, who says, “Yeet.”

On day two, students picked an object (such as a piece of food or an animal) to fall from the top of the screen and then programmed something at the bottom of the screen to catch it. The final step was adding a score counter.

The most popular item to fall was cheese balls for a squirrel to catch followed by stars and unicorns. 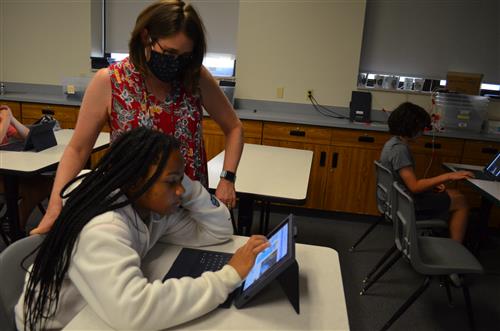 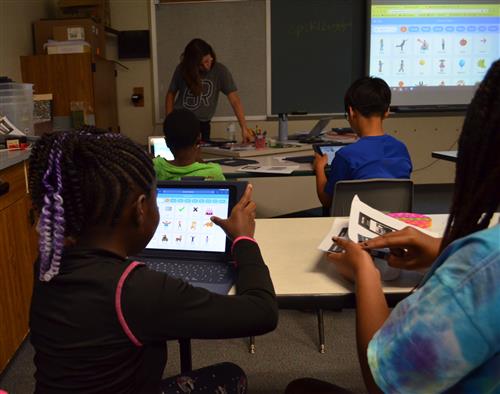